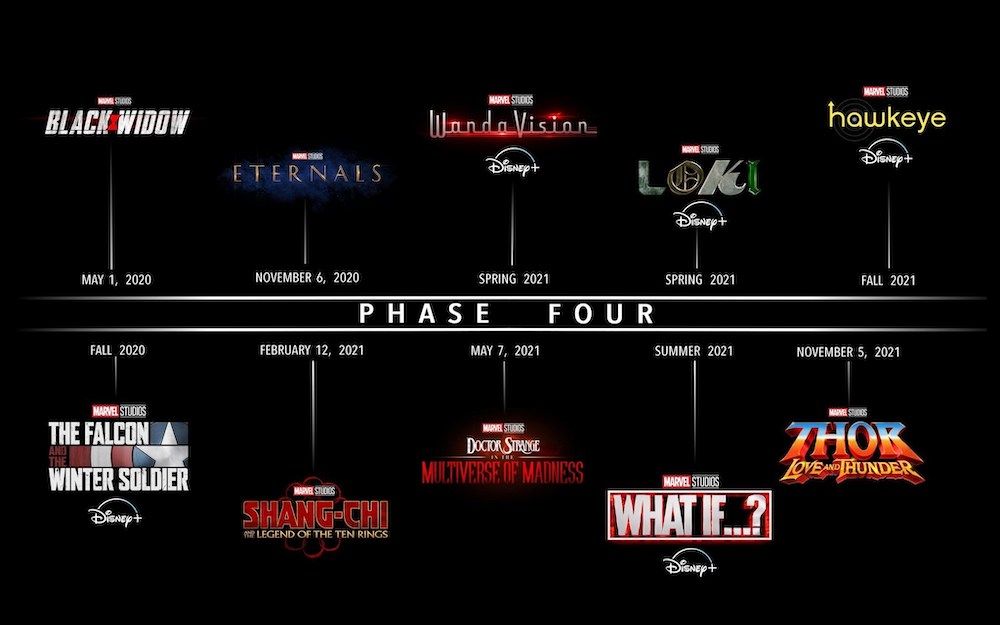 During San Diego Comic Con, Marvel announced their plans for the next couple of years. The entire project is called Phased 4 and for the first time ever, the Marvel Cinematic Universe (MCU) will be a combination of feature films and TV series. Here is the list of movies and TV shows we are gonna get:

Beside those movies and TV shows we are gonna get new Blade, and sequels: Black Panther 2, Guardians of the Galaxy vol. 3,  Captain Marvel 2. Also  a new movie, from old Fox IP, has been announced - Fantastic Four.

Also during Comic Con, Netflix has released first teaser trailer to their upcoming TV series. My first impressions are very positive. It looks like, show runners are trying to recreate the dark and brutal world of the Witcher. Also main screenwriter has confirmed that TV series is solely based on the books, so game fans might be a little bit disappointed, but I like it. CD Project had their vision to Geralt's story, now its time to see a new one.

New rumors about upcoming iPhones surfaced. According to 9to5mac:

It looks like, this year, new iPhones will receive only a cosmetic upgrade and there is nothing to wait for ☹️

According to supply chain sources cited, Apple is going to release new MacBook Air, 13-inch and 16-inch MacBooks Pro. We already heard those rumors, but what's new is the pricing of the 16-inch model. According to those sources, new machine will cost about $3000! Also, it looks like new notebook will not get OLED display.  According to some sources it still will be using faulted Butterfly keyboard, where others say it will get a new keyboard.

Hearing those rumors make me wonder why would Apple even bother to create a brand new laptop with only one difference from current lineup - 1-inch bigger display. And yes, I know Apple could put more powerful CPU or GPU inside, but let be honest, current, maxed out 15-inch MacBook Pro is a beast. And without a brand new cooling solution, more powerful hardware is going to overheat. Maybe Apple is going to replace the 15-inch model with 16-inch keeping the form factor (dimensions) from 15-inch model and making the screen bezel-less  to fit bigger display. I'm curious what Apple is going to do to justify the pricing and the existence of this model.

This week, Apple announced that it has signed an agreement with Intel regarding purchasing the majority of Intel's smartphone modem business. Apple will take over not only the intellectual property and equipment but also over 2000 employees.The entire transaction is valued at $1 billion.

This is a smart move for Apple. Right now, Apple relies on Qualcomm and the relationship between those two companies recently have not been so good.