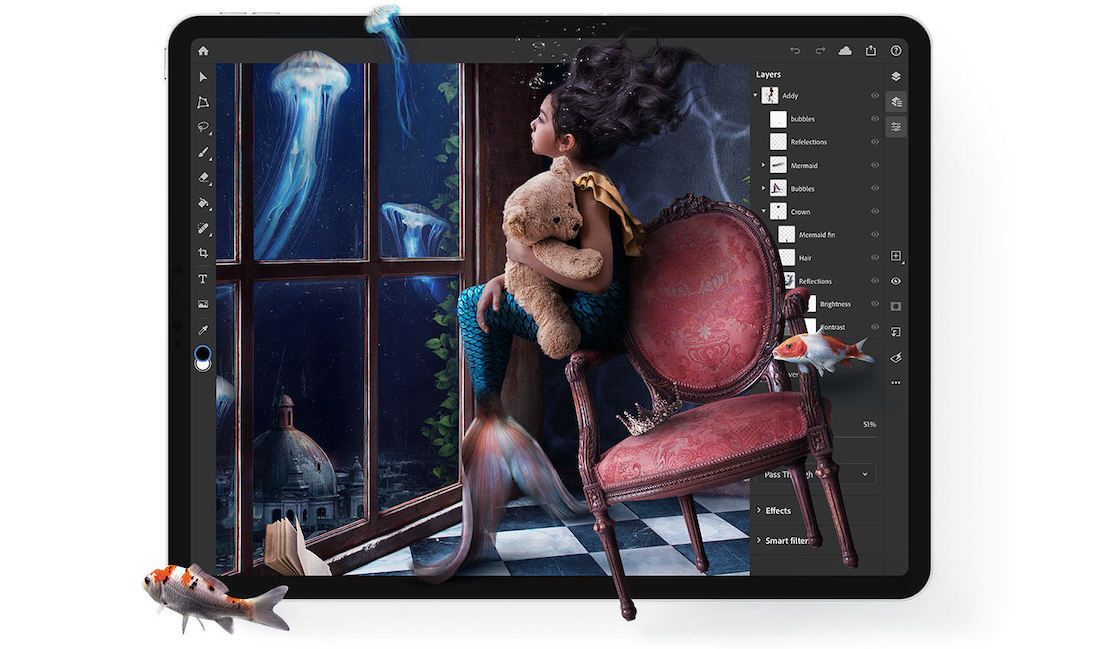 Almost a year after it was first announced, Photoshop for the iPad has been released. And it is not just a psd viewer. It is fully featured Photoshop optimized to touch interface. Of course it doesn't have all the futures that desktop brother has, nevertheless it is one of the most powerful image editing applications for the iPad.

One other fact worth pointing out is that Adobe now have the ARM engine for the Photoshop. This might be important in the future, when Apple decide to transition from Intel to ARM processors.

Microsoft launched new Office app for mobile devices. It combines Word, Excel and PowerPoint into single download. Beside from the ability to read and edit Office files, it will allow to browse documents and create a new ones using ability to scan text and tables.

At the moment Office app is still in Beta, but soon it should replace Word, Excel and PowerPoint in the AppStores.